What Crypto and NFT’s Mean for the Business World 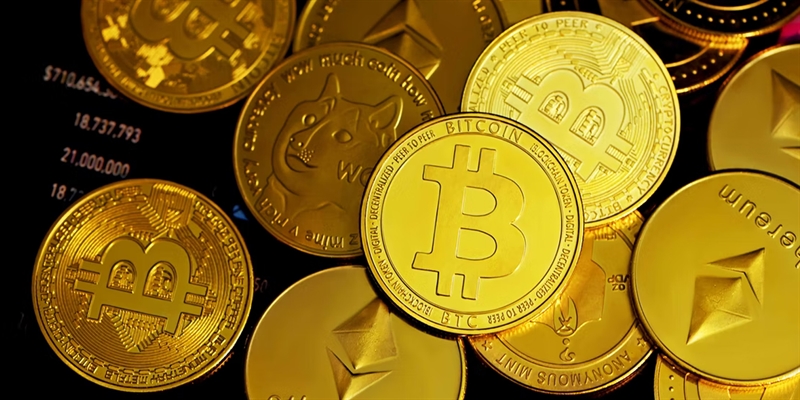 As cryptocurrency and NFT’s have steadily risen in popularity over recent years, much of the skepticism surrounding their security and longevity has fallen away, leaving many industries wondering how best to integrate this new technology.

With their shift out of the moral and legal grey area, cryptocurrencies and their offshoots represent both a huge challenge to business leaders, as well as a wealth of new opportunities. You don’t necessarily need to be an expert on crypto to understand how it can benefit you, or to start implementing it in some of your business practices in order to take advantage of its rising popularity.

Before diving into why Cryptocurrencies and NFT’s are so important, it’s essential to have a grasp of what the terms mean:

Cryptocurrency: a decentralized, digital currency meant to serve as an alternative to traditional currencies.

“NFT” or Non-Fungible Token: a non-transferable unit of data that can be bought and sold

Cryptocurrency may be the most talked-about, hotly debated, and misunderstood technology of the past decade. As it stands, cryptocurrencies work as a sort of investment, but with easier withdrawals and (potentially) more real-world use than standard investments.

With a seemingly ever-expanding scope of capabilities, diversifying marketplace, and many of its initial security concerns shored up, crypto now seems poised to make an even larger run than its famed 2016 peak. Businesses are taking advantage of the public’s newfound confidence in cryptocurrency by integrating it in a number of ways, like offering crypto as compensation or as an employee benefit, or actually using cryptocurrencies to make overseas transactions faster and more secure.

While the value stability of many individual cryptocurrencies is still questionable, there’s no doubt that cryptocurrency could flip many traditional business practices on their head. By creating cryptocurrency linked to their business, owners can cash in on the “hype” market, but this is a risky play. Instead, most businesses should think about expanding their capability to accept crypto as a form of payment, a safer route that still generates goodwill amongst the ravenous crypto fans.

What’s up with NFT’s?

NFT’s may seem like an insane idea on the surface. How can you own a jpeg image? Can’t I just screenshot your picture and have the same thing? The answer is both yes and no. Presently, NFT’s (Non-Fungible Tokens) are an entirely speculative market, and don’t actually have any concrete value beyond their novelty.

Their existence is indicative of people’s confidence that digital ownership, authenticated by the blockchain, will have very real, consequential value in the coming years. We’ve already seen many businesses jump into “Metaverse” ownership, even buying up digital real-estate in the hopes that the market will soon become saturated with users.

NFT’s have the potential to change the way we think of ownership in a digital age, by providing authentication for online assets and better protecting intellectual property. So as wacky as they may seem, NFT’s may have a future as a provider of security and stability across a vast array of industries. Researching ways to break into digital ownership can have extraordinary returns for small businesses, as tons of investors and media companies are chomping at the bit to have people involved in their metaverse projects.

You keep saying that word, I don’t think you know what it means

The basis of cryptocurrency and NFT’s is blockchain technology. Blockchain, in short, is a decentralized, peer-to-peer computing network that prevents data corruption or hacking by creating a sort of publicly available digital “ledger” for transactions.

This can be used not only for monetary transactions, but for raw data as well, allowing for NFT’s to be “owned” in a relatively authentic way. Although the infrastructure is coming about slowly, blockchain technology is well-researched and well-loved by the tech literate, so companies would be wise to research how they can use it to their advantage.

While blockchain technology is mostly used for financial purposes, many tech experts believe that other industries could see widespread use in the coming years. Small healthcare clinics could use blockchain tech to protect their patient’s information, manufacturers could use the blockchain to sidestep supply chain issues and human error, the list of potential uses for small businesses goes on and on.

Blockchain technology’s scope goes well beyond its current utilization, and forward-thinking businesses have already started putting skin in the game in the hopes that wider adoption and loosened regulation will allow them to harness the technology’s true capabilities.

So, what’s the holdup?

Understandably, many people are still skeptical of cryptocurrency, NFT’s, and blockchain technology. On top of cryptocurrency’s very public tailspin post-2016, the media landscape is often lukewarm at best towards new technology, and occasionally openly hostile towards the idea of cryptocurrency specifically. This is because traditional media outlets cater to audiences who don’t necessarily have any interest in cryptocurrency (non-millennial / Gen-Z), and crypto represents a major disruption to established industries who financially back these institutions.

Cryptocurrency also relies on a saturated market to function properly, so if people aren’t participating in the market, individual cryptocurrencies can’t gain the stability they need to take off properly. Businesses must be wary of buying into hype to avoid operating off of pure speculation or getting duped by the many bad actors in the cryptocurrency and NFT marketplaces.

This is heavy, Doc

Cryptocurrency and NFT’s represent some of the most exciting new frontiers in business, but they do come with their unique hurdles as well. Finding a balance between being the first to implement exciting and innovative solutions, while also steering clear of the messy speculative underbelly of blockchain tech, will be the difference maker for businesses looking to push forward into the new digital age.

What excites you and people in your industry most about blockchain tech? Have you seen significant adoption of this new technology already? We’d love to hear your thoughts on how you think cryptocurrency and NFT’s will impact the business landscape in the comments below.