The all-new ThinkPad Z13 and Z16 embark on a contemporary design philosophy targeting a different business user audience. The new striking design reflects changing attitudes towards technology, its impact on the environment and the origins of raw components. Not only is the design meant to provide individualistic premium color accents such as bronze and arctic grey, but it also features more sustainable materials such as recycled aluminum1, or recycled black vegan leather2. Sustainability extends to the packaging which is made from 100% renewable bamboo and sugarcane, and the AC power adapter uses 90% Post-Consumer Content (PCC). 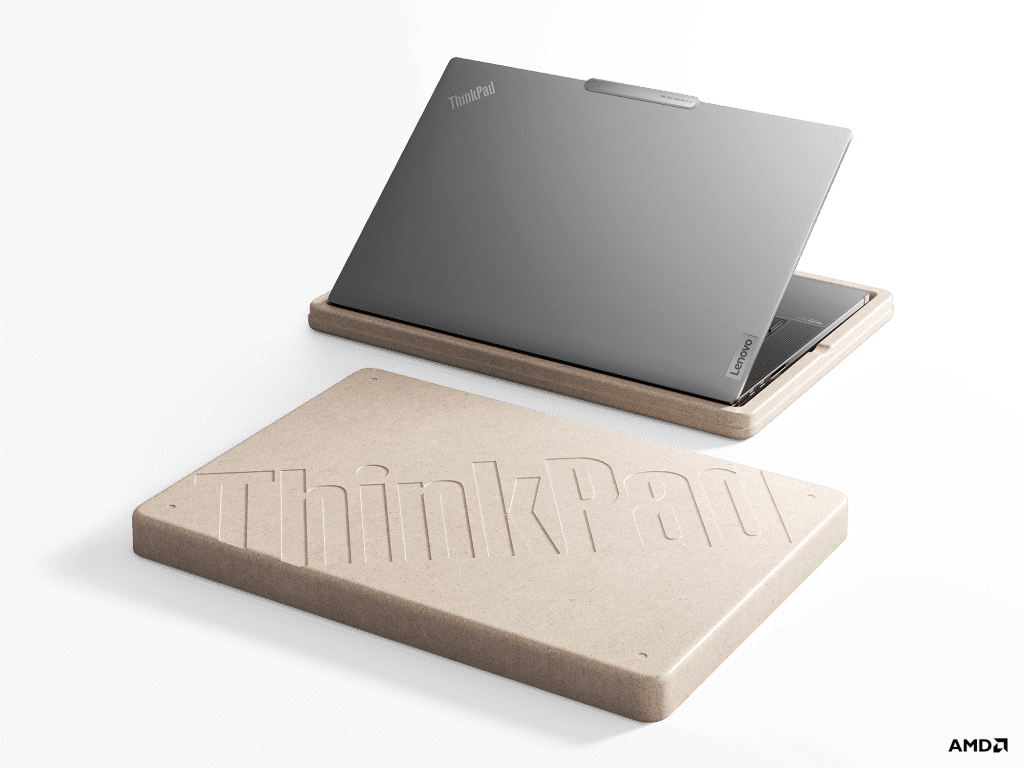 Furthermore, Lenovo and AMD have collaborated to deliver cutting edge platform design, streamlining all aspects of the system from silicon to hardware and software. The ThinkPad Z13, coupled with the exclusive AMD Ryzen

7 PRO 6860Z processor3, delivers a supreme collaboration experience. The processor is optimized to deliver seamless audio and video performance, maximize responsiveness, and deliver incredible battery life in applications like Teams and Zoom. ThinkPad Z16 can also be configured with the new AMD Radeon 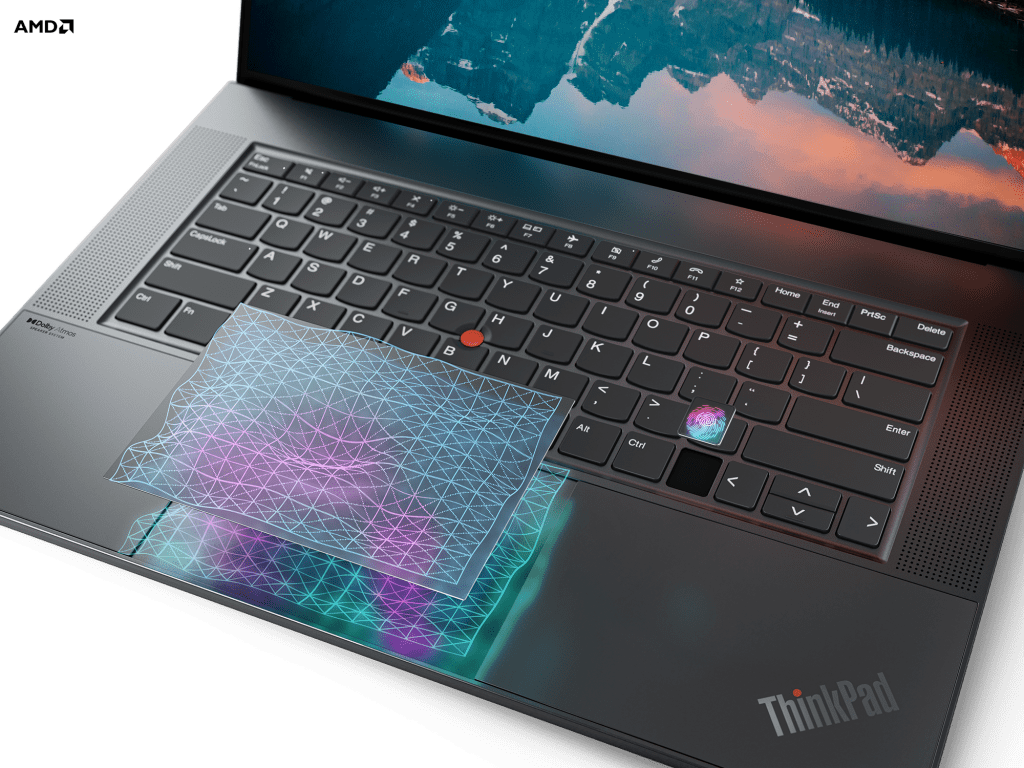 As we begin celebrations for the 30th anniversary of ThinkPad, we are incredibly proud of the legacy and heritage that ThinkPad has earned and our dedication to innovating for the benefit of the end user will continue for decades to come. We are very excited about the significant design evolution in ThinkPad Z series, but above all the ThinkPad Z13 and Z16 continue to echo the core foundational design and engineering tenets that the brand has become synonymous with.

Key design and technology features have been integrated into ThinkPad Z series to boost the individual user experience. Minimalism is purposefully sophisticated and desirable. Displays have been optimized with ultra-narrow bezels and productive 16:10 aspect ratios. Audio and video conferencing is enhanced through a new Communications Bar that houses a better FHD webcam with a larger 1.4µm sensor and dual-array microphones. A larger 120mm glass haptic ForcePad that flows seamlessly with the all-glass palm rest is introduced for rapid and easy input and those familiar with the iconic red TrackPoint will witness a new functionality: Double tap the TrackPoint to launch a Communication QuickMenu for quick access to common camera and microphone settings. 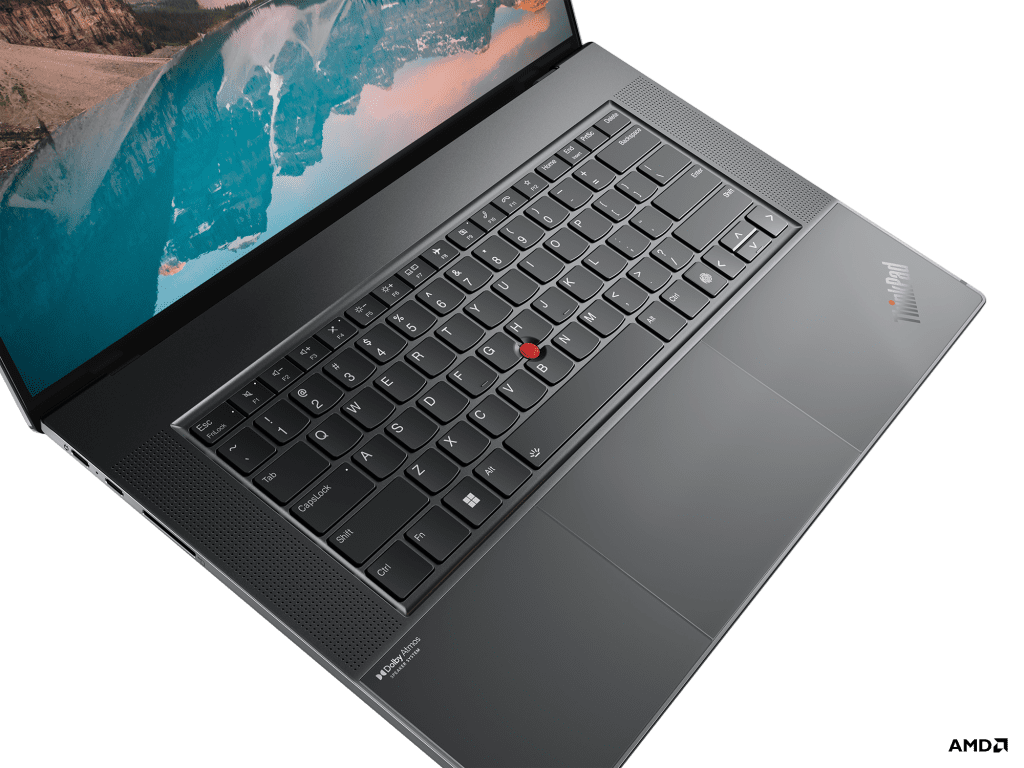 Our goal is to delight end users with a distinctive look and feel using recycled materials and delivering on our promise for an exceptional experience; and reassure IT departments with enterprise-class performance, security, reliability, and manageability.

Make no mistake, Z13 and Z16 are ThinkPad laptops after all and as such are tested to MIL-Spec 810H standards and undergo the same stringent quality controls as all ThinkPad laptops, a fundamental step in ThinkPad product development and especially when using new materials.

We build our products around our customers’ needs. Every single detail is there for a reason and ThinkPad Z13 and Z16 excel at offering a better outcome for end users. Highlights include: 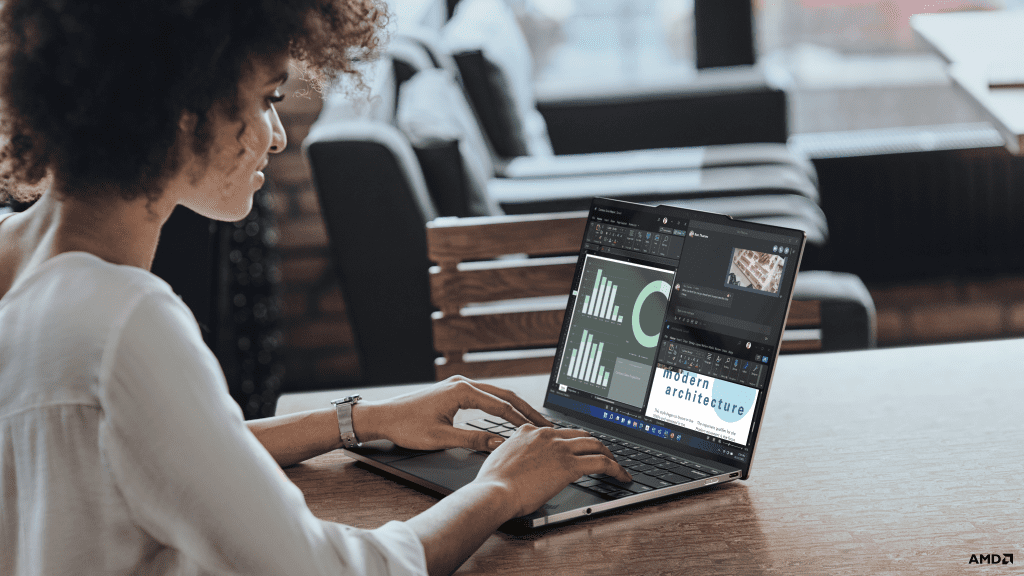 “We are immensely proud of our ThinkPad heritage but there is little time to reflect, and we will also strive to delight new customers as well as existing ones. Innovation is in our DNA from design and development to engineering and supply chain. We will continue to push the boundaries, make changes, and work with close partners like AMD and Microsoft to deliver innovative and more secure products like ThinkPad Z13 and Z16 that are designed to exceed the needs of customers, current and future.” Jerry Paradise, vice president, Global Commercial Product Portfolio, Lenovo PC and Smart Devices.

”AMD PRO technologies delivers a complete set of features that are essential for the modern business. We are delighted to be working with Lenovo to deliver the world’s first x86 processors integrating the Microsoft Pluton security processor into the newest member of their ThinkPad portfolio. ThinkPad Z series with AMD PRO technologies will ensure users have the confidence to navigate our new hybrid working world quickly, reliably and with security in mind.” Jason Banta, CVP and General Manager, OEM Client Computing, AMD.

”Hybrid working is the new norm, and users seek new levels of collaboration and security. For the first time in a business laptop, the Microsoft Pluton security processor integrated on AMD Ryzen PRO 6000 Series processors in the ThinkPad Z13 and Z16 with Windows 11 will help protect user identity, data and apps from the chip to the cloud. The powerful combination of these technologies will help users augment their productivity and engagement with peace of mind from the sophisticated attacks of today and tomorrow.” – David Weston, Partner Director of Enterprise and OS Security, Microsoft Corp.

1 Aluminum materials in the A and C covers in arctic grey, black and bronze models are 75% recycled
2 Vegan leather is made from 95% recycled polyethylene terephthalate
3 AMD developed processor exclusive to ThinkPad Z13
4 Prices may not include tax, shipping or options and are subject to change without notice; additional terms and conditions apply. Reseller prices may vary. On-shelf dates may vary by geography and products may only be available in select markets. All offers subject to availability. Lenovo reserves the right to alter product offerings, features and specifications at any time without notice

Get more curated content around caring for yourself, your business and your earth.

What do you think of the upcoming ThinkPad Z series? What featured are you most or least excited about? Leave your thoughts in the comments below!