Media Relations & Press Relations 101: Getting Your Small Business on the News 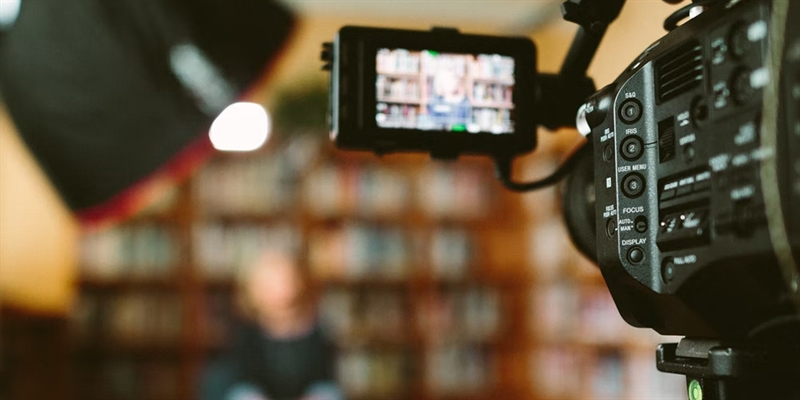 Small businesses tend to look to marketing first to get the word out about what’s going on in their business, but effective public relations can bring your story to a much wider audience. A subset of public relations - known as media relations - is working with media professionals to inform the public of your company's on goings.

Appearing in the media can not only get you in front of customers, but also enhance your credibility by association with reputable television channels and publications. In this guide, we’ll walk you through when and how to write a press release, tips for reaching out to local media outlets, and how to prepare for a media appearance.

When to write a press release

The best time to write a press release is when there’s something worth sharing. The goal is to share something “newsworthy” in a positive way to garner attention for your company.

Some examples of newsworthy moments include opening a business, hiring new team members, moving locations, releasing a new product or service, hosting a corporate event, or winning an award.

Keep in mind that each of these has their own place in the public relations world. For example, the grand opening of your new restaurant may get you a spot on the local news, but every new hire will not require a television interview. However, local business magazines and journals often have a feature section just for new hires.

How to write a press release

Now that you’ve chosen your newsworthy topic, it’s time to write your press release. Thankfully, there are a plethora of press release templates available online so you can get an idea of how to format your story. But it’s not just about the layout.

The lede, which is the first sentence or opening paragraph, should get right to the point. In the following paragraphs you will share more of your story, but within the very first sentence readers should know if you won an award, changed locations, etc. Like your headline, a compelling lede will help a journalist or editor quickly decide whether to publish your story or not. It’s also helpful to include quotes in your press release to incorporate the human element. Having a quote from the CEO about why your new location will better serve your customers makes it more believable than just stating that it does.

Most press releases are available “for immediate release” which means the journalist can publish the material immediately. If you would like it released at a later date, you will want to specify when it’s ready for release within the press release itself.

When you’re ready to contact the media, press release in hand, be sure to search for their preferred method of contact and requirements. Most news websites will have a contact or submission page to direct you to the appropriate journalist or editor.

From there, introduce yourself and let them know what news you’d like to share and that they can see the press release for further information. Even if you’re sending the press release to multiple people, it’s recommended to personalize each email a bit. Part of working with the media is establishing rapport so they remember who you are for future needs. Remember that the final decision to include your news is up to them, so be friendly and understanding that they can’t always include everything.

This is also a great opportunity to ask what type of content they might be more likely to publish so you can plan ahead and feed them good stories in the future. By establishing rapport and being helpful, you can start to build a professional relationship with news staff and increase your chances of getting broadcast or published. That being said, do not try to bribe reporters to share your story. It’s illegal, unethical, and not the way to handle media relations.

What to do in preparation for a media appearance

If you’re invited to appear on the local news, you might get stage fright once the reality sets in that you’re going to be on television. Don’t worry, we have you covered.

First, research who you’re speaking with so you can remember their names. You can also look up past recordings of how they have addressed similar topics and get an idea of what you might want to share. Research the audience demographics as well so you know who will be watching and tailor your message to their interests.

From there, consider your top three main points and practice what you want to highlight. While you’re being interviewed you will want to weave your main points into your answers as much as possible. Near the end of the interview, reporters often ask if there’s anything else you’d like to share, which will provide time for you to say anything you didn’t get to.

If a question catches you off guard, feel free to pause or say “that’s a great question” to buy you a couple seconds while you think to answer. If you’re asked something you don’t know or that you don’t wish to discuss, you can simply respond that you are unsure and can follow up later, or that your company doesn’t speak on the topic. Try to avoid saying “no comment” and instead change the topic back to one of your main points.

Now that you know what to say, it’s time to decide what to wear. It’s a good idea to wear your company’s brand colors and dress a bit more professionally. Make sure to choose clothes that fit comfortably and avoid stripes and small patterns. Stripes, small polka dots, and checkered patterns can cause moiré, which is an optical effect that creates wavy lines on the television, distracting the viewer from what you have to say.

Getting the most from your media experience

Remember that media relations is an ongoing process, so remember to always follow up and thank the journalists that run your story. If you know they will be publishing your story or you have completed a media appearance, ask when it will be in print or available to share on your own social media channels. That way you can plan to distribute your feature when it's released, and showcase the fruits of your efforts.

Have you been successful in gaining earned media through your media relations efforts?  Let us know what works for you or if you have any questions for the Community in the comments below!